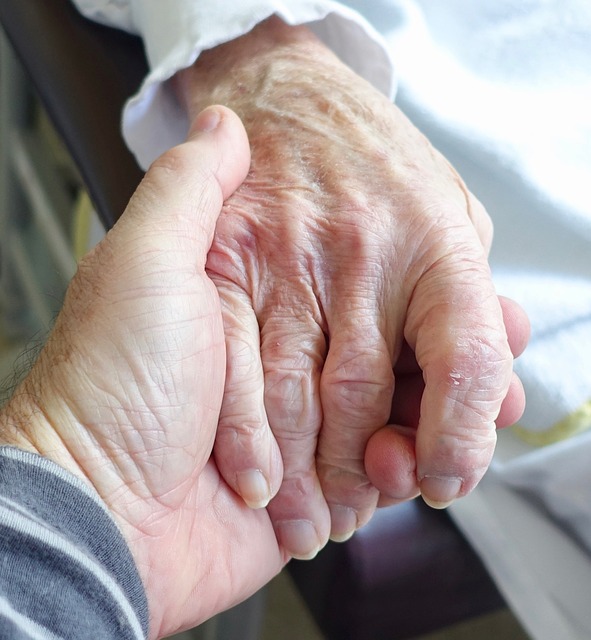 Amyotrophic lateral sclerosis (ALS) is a rare neurological disease that predominantly affects the nerve cells that govern voluntary muscular movement (neurons) (those muscles we choose to move). Chewing, walking, and talking are all examples of voluntary muscle motions. The disease progresses, which means that the symptoms worsen over time. There is currently no cure for ALS and no effective treatment to slow or stop the disease’s course.

ALS is part of a larger set of conditions known as motor neuron diseases, in which motor neurons gradually deteriorate (degenerate) and die. Motor neurons are nerve cells that run from the brain to the spinal cord and throughout the body’s muscles. When motor neurons die, they stop transmitting messages to the muscles, which causes the muscles to weaken, twitch, and waste away (atrophy). The brain’s ability to originate and control voluntary motions eventually deteriorates.

Muscle weakness or stiffness are common early signs of ALS. Individuals gradually lose strength and the capacity to speak, eat, move, and even breathe as all voluntary muscles are impaired. The majority of patients with ALS die from respiratory failure within 3 to 5 years of the onset of symptoms. However, roughly 10% of persons with ALS live for ten years or longer.

Following the famed baseball player’s departure from the game in the 1940s due to the condition, ALS was originally known as Lou Gehrig’s sickness.

What are the signs and symptoms?

The signs of ALS can be so mild that they go unnoticed at first, but they eventually worsen into more noticeable weakness or atrophy.

Early signs and symptoms include:

Muscle weakness and atrophy develop across the body as the disease progresses. Individuals may experience difficulties moving, swallowing (dysphagia), speaking or forming words (dysarthria), or breathing (dyspnea). Individuals will eventually be unable to stand or walk, get in or out of bed on their own, or use their hands and arms, despite the order of emerging symptoms and the rate of illness progression varying from person to person.

It is difficult to eat for people with ALS since they have difficulties swallowing and chewing food. They also burn calories more quickly than persons who do not have ALS. People with ALS lose weight quickly and can become malnourished as a result of these circumstances.

People with ALS can usually conduct higher mental activities including reasoning, remembering, understanding, and problem-solving, so they are aware of their progressive loss of function and may become nervous and unhappy as a result. A tiny minority of people may have difficulties with language or decision-making, and there is mounting evidence that some of them may eventually acquire dementia.

People with ALS gradually lose their capacity to breathe independently and must rely on a ventilator. Affected people are also at a higher risk of pneumonia in the later stages of the illness. Aside from the discomfort of muscle cramps, some people with ALS may develop severe neuropathy (nerve disease or damage).

Who is affected by ALS?

ALS is a common neuromuscular illness that affects people all around the world. It has an impact on people of all races and ethnicities.

The following are some of the risk factors for ALS:

According to some research, military veterans are 1.5 to 2 times more likely than civilians to get ALS. Exposure to lead, pesticides, and other environmental contaminants are possible risk factors for veterans, while the cause for this is unknown. The US Department of Veterans Affairs recognizes ALS as a service-connected condition.

ALS is a sporadic disease.

ALS is thought to be sporadic in almost all cases. This means that the disease appears to strike at random, with no obvious risk factors or a family history of the condition. Although family members of persons with sporadic ALS have a higher risk of developing the condition, the total risk is very low, and the majority of people will not develop ALS.

ALS in the family (genetic)

Approximately 5 to 10% of all ALS cases are familial, meaning that a person receives the disease from a parent. The disease-causing gene is frequently only carried by one parent in the familial form of ALS. Familial ALS has been linked to mutations in more than a dozen genes.

A deficiency in the C9ORF72 gene is responsible for 25 to 40% of all familial cases (and a small percentage of sporadic cases) (which makes a protein that is found in motor neurons and nerve cells in the brain). In 2011, researchers discovered that a deficiency in the C9ORF72 gene is present in a significant group of patients with ALS, as well as in people with frontotemporal dementia (FTD), a type of dementia caused by atrophy of the temporal and frontal lobes of the brain. This finding supports the idea that these two neurodegenerative diseases are linked genetically.

Mutations in the SOD1 gene, which is involved in the manufacture of the copper-zinc superoxide dismutase 1, cause another 12 to 20% of family cases.

On June 1, 2021, a team of scientists led by the National Institutes of Health and the Uniformed Services University reported that they had uncovered a new type of hereditary ALS that affects children as young as four years old. Changes in the way the body metabolizes fatty components called lipids may induce this pediatric type of ALS, which is connected to the gene SPTLC1, which is part of the body’s fat manufacturing system.

Reach Out To The Supportive Hospice Care Team

For more information about ALS, contact our staff at Oasis Hospice & Palliative Care, Inc. at (708) 564-4838 today. We’re here to help patients who require care, as well as their families, get the help they need and want to live a meaningful and satisfying life.