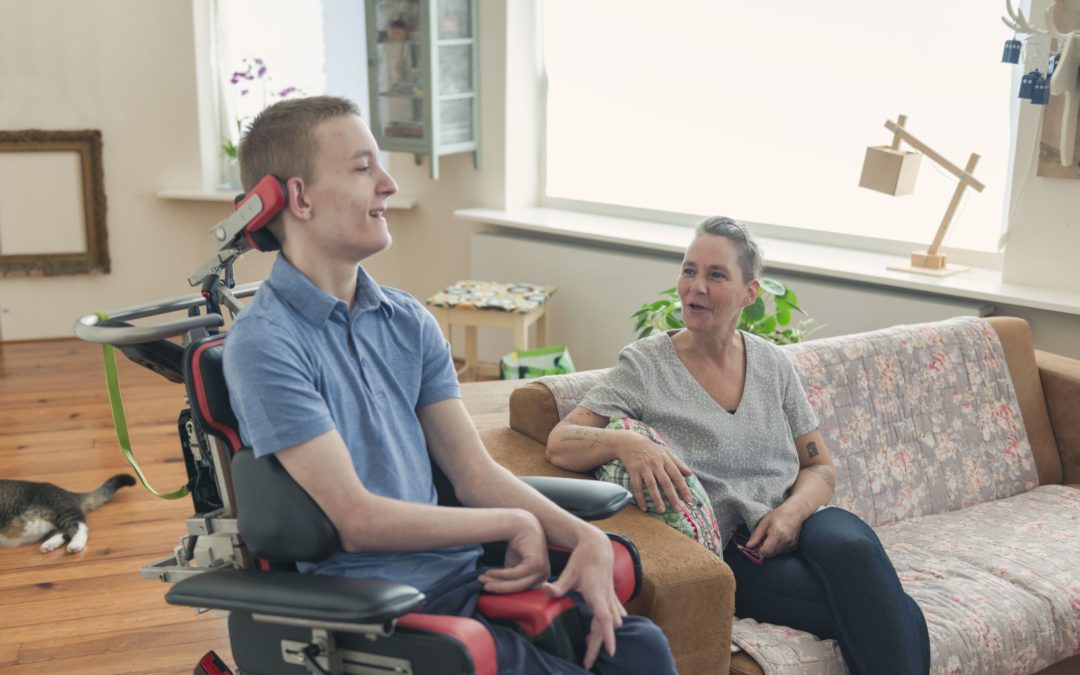 The etiology of ALS is unknown, and doctors are unsure why some people develop the disease and others do not. Scientific evidence, on the other hand, reveals that both genetics and environment have a role in the degradation of motor neurons and the development of ALS.

Mutations in the SOD1 gene were linked to some cases of familial ALS in 1993, according to research funded by the National Institute of Neurological Disorders and Stroke (NINDS). Since then, more than a dozen other genetic mutations have been discovered, many of them because to NINDS-funded research.

Changes in the processing of RNA molecules may contribute to ALS-related motor neuron degeneration, according to research on specific gene mutations. RNA molecules are involved in the cell’s molecule creation as well as gene activity.

Other gene mutations suggest that there are problems with protein recycling, which is a normal process in which defective proteins are broken down and utilized to make new ones. Others suggest that abnormalities in the structure and form of motor neurons, as well as greater vulnerability to environmental contaminants, are probable causes.

Environmental factors such as exposure to hazardous or infectious agents, viruses, physical trauma, food, and behavioral and occupational factors are all being studied by researchers. Some soldiers and athletes may be at a greater risk of developing ALS due to exposure to chemicals during battle or severe physical activity, for example. Ongoing study may reveal that certain elements play a role in the disease’s onset or progression.

What are the symptoms of ALS and how can you know if you have it?

There is no single test that can diagnose ALS with certainty. It is diagnosed mostly through a detailed history of symptoms noted by a clinician during a physical examination, as well as a review of the individual’s complete medical history and a battery of tests to rule out other disorders. A neurologic examination performed on a regular basis helps determine whether symptoms such as muscle weakness, atrophy, and spasticity are growing worse.

Based on the person’s symptoms, test results, and examination findings, blood and urine tests may be done. These tests may be ordered by a doctor to rule out the potential of other disorders.

If a physician suspects a someone has a muscle illness other than ALS, a muscle biopsy may be conducted. A tiny sample of muscle is taken under local anesthetic and sent to the lab for analysis.

What is the treatment for ALS?

There is no cure for ALS or a treatment to reverse motor neuron degeneration. Treatments, on the other hand, can help control symptoms, avoid complications, and make living with the disease more bearable.

Multidisciplinary teams of specialists such as physicians, pharmacists, physical, occupational, speech, and respiratory therapists, dietitians, social workers, clinical psychologists, and home care and hospice nurses are the best at providing supportive health care. These groups can create a specific treatment plan and supply specialized equipment to keep patients as mobile, comfortable, and self-sufficient as feasible.

Drugs to treat ALS have been authorized by the US Food and Drug Administration (FDA):

ALS symptoms such as muscle cramps, stiffness, abundant saliva and phlegm, and the pseudobulbar affect (involuntary or uncontrollable bursts of crying and/or laughing, or other emotional displays) can also be treated with drugs. Pain, sadness, sleep difficulties, and constipation can all be treated with medications.

During the course of ALS, physical therapy and appropriate equipment can help an individual maintain their independence and safety. Stretching activities can help avoid unpleasant spasticity and muscular shortening (contracture) by strengthening unaffected muscles and range of motion. Gentle, low-impact aerobic exercise such as walking, swimming, and stationary bicycling can help develop unaffected muscles and range of motion. Exercises that deliver these benefits without overworking muscles might be recommended by physical therapists. Occupational therapists can recommend gadgets that assist people save energy and stay mobility, such as ramps, braces, walkers, and wheelchairs.

A speech therapist can teach adaptive skills to help people with ALS talk louder and more clearly. Speech therapists can assist patients with ALS in maintaining their ability to communicate as the disease develops.

A brain-computer interface (BCI) is a technology that enables people with ALS to communicate or control equipment like wheelchairs using only their minds. For those with severe paralysis and/or visual problems, researchers are developing more efficient, transportable, and even some auditory-based BCIs.

Individuals and caregivers can learn how to plan and prepare small meals throughout the day that contain enough calories, fiber, and moisture, as well as how to avoid difficult-to-swallow foods from nutritionists. Suction devices may be used to remove excess fluids or saliva and prevent choking. When people are unable to eat, doctors may recommend the placement of a feeding tube, which decreases the danger of choking and pneumonia caused by breathing liquids into the lungs.

People may experience shortness of breath after physical exercise and trouble breathing at night or while lying down as the respiratory muscles weaken. Noninvasive ventilation (NIV) is a type of breathing assistance provided by a mask worn over the nose and/or mouth. NIV may be required only at night at first, but it may later be utilized all of the time. For many persons with ALS, NIV improves their quality of life and increases their chances of survival.

Individuals with ALS may have difficulty coughing due to the weakening of the muscles that control respiration. Mechanical cough assistance devices are one method for helping people boost their vigorous coughing.

Individuals may require mechanical ventilation (respirators) as the disease advances, in which a machine inflates and deflates the lungs. A breathing tube can be inserted through the mouth or a hole in the front of the neck can be surgically created and a tube going to the windpipe inserted (tracheostomy). Ventilation support can help with respiratory problems and extend life, but it has little effect on the course of ALS.

Reach Out To The Supportive Hospice Care Team

For more information about ALS, contact our staff at Oasis Hospice & Palliative Care, Inc. at (708) 564-4838 today. We’re here to help patients who require care, as well as their families, get the help they need and want to live a meaningful and satisfying life.