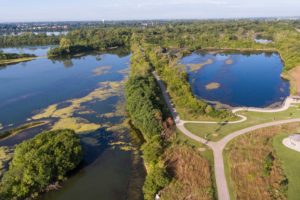 The Renwick Lake, The Heron Rookery Visitor Center, is part of the Lake Renwick Preserve — Heron Rookery Nature Preserve, which includes the following amenities and activities:

A major restoration of the preserve’s islands and surrounding property in 2002 improved breeding and feeding areas for the birds. Due to island erosion and tree loss, artificial nesting platforms were installed to provide new nesting spots. In addition, 65 acres of farmland within the preserve were converted to grassland and wetland habitat. Before visiting, read our post mildew national tallgrass prairie. You can contact Oasis hospice if you’re looking for the best assistance in Joliet, Il. Contact them at 708-564-4838.